The petroleum basin history began in the Jurassic, by which time the North Atlantic rift system had progressed southward to the Central Atlantic region. Laurasia separated during this period from Gondwanaland, generating a rift graben along the coast of Suriname and Guyana. 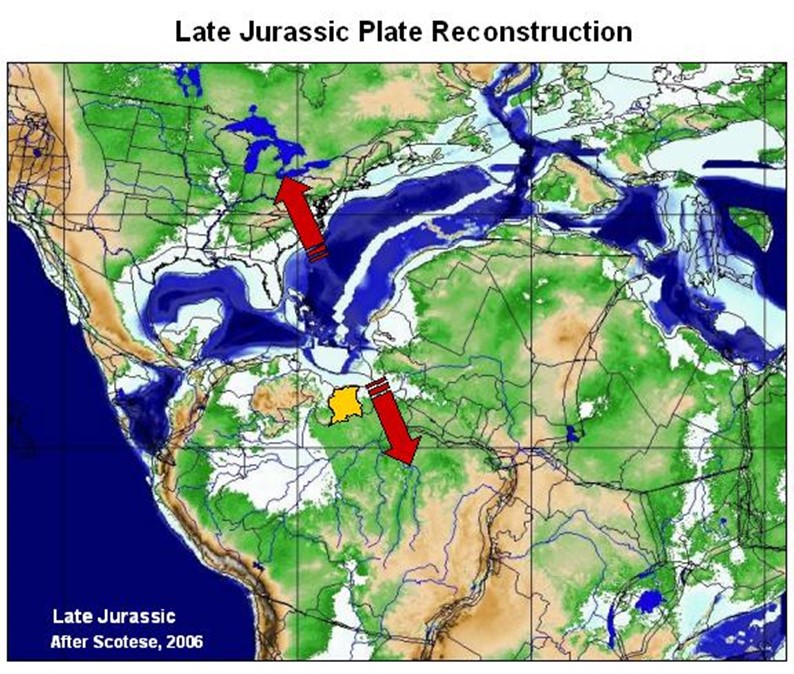 During the Lower Cretaceous, a change in tectonic regime occurred and the African continent rotated counter-clockwise with respect to South America. This resulted in rifting to the south, opening the South Atlantic Ocean, and concomitant compression in the equatorial zone of the margin. This convergence in northeastern South America caused uplift of the Demerara and Guinea Plateaus, where Jurassic rift grabens were inverted, and Jurassic syn-rift and older, intra-cratonic sediments, underwent significant compression. This uplift was followed by major peneplainization of the entire Guyana-Suriname Basin during the Aptian/Albian. 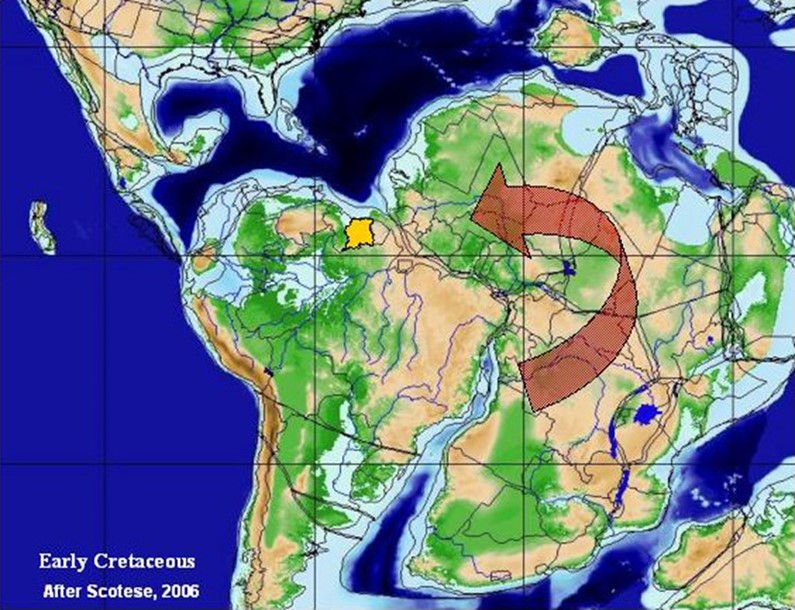 The Late Cretaceous is characterized by the release of stress from northeastern South America as the Equatorial Atlantic Drift Phase ensued. Africa and South America drifted largely along transform fault systems, and the South and North Atlantic Oceans were connected. A second passive margin sequence developed along the Suriname margin. 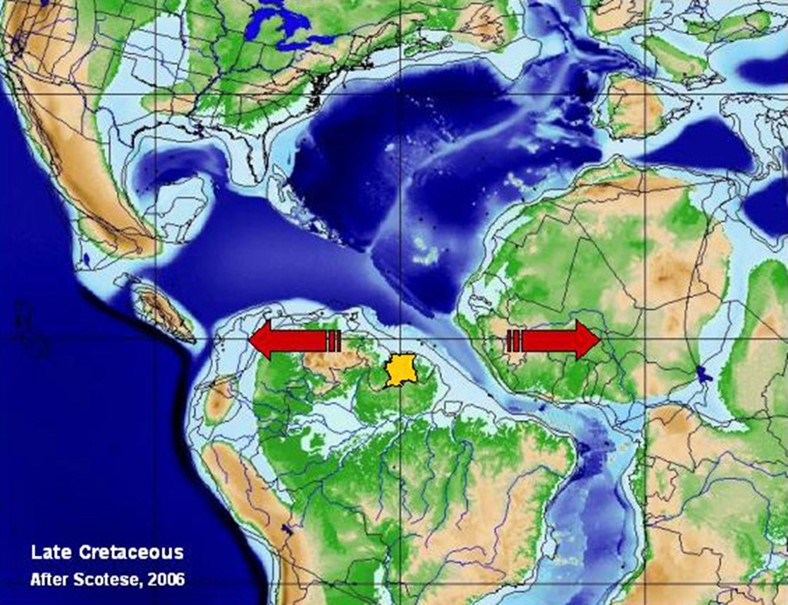 Since the Upper Cretaceous, the coast of Suriname has remained a passive margin. Late Cretaceous to Tertiary deltaic sedimentation, primarily clastics and shelf edge carbonates, filled the offshore Guyana-Suriname Basin. During the Miocene, the Nazca Plate started to under-thrust the South American continent, causing it to tilt to the east. The Amazon River’s lower tributaries consequently shifted to the south, beheading the big rivers that were draining in the Guyana-Suriname Basin. This meant a change for the Guyana-Suriname Basin from a sand dominated system to a clay-dominated system. It also ended the carbonate growth on the shelf due to the mud carried from the present Amazon River mouth along the coast of the Guyanas. 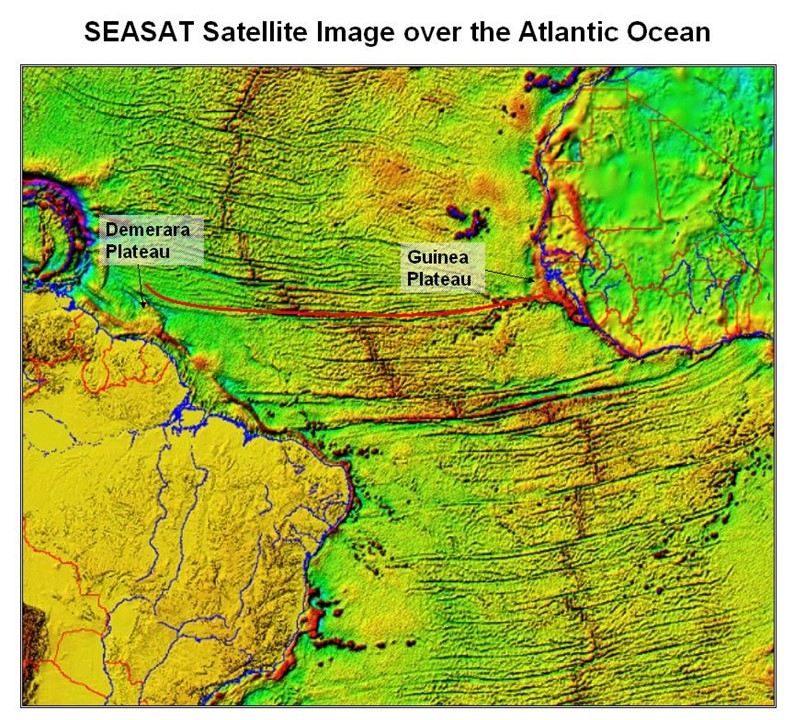