The Pisco-Juruá fault zone (PJZ), a southwest-northeast oriented, regional intraplate continental scale structure is interpreted to have acted as a normal fault in the early Paleozoic, and to have been later reactivated as a sinistral strike-slip fault during rifting of the Atlantic in the Mesozoic. Towards the Offshore the PJZ becomes the North Atlantic Rift Extension (NARE), which in its turn forms the western edge of the Demerara Plateau (Davison, 2005). 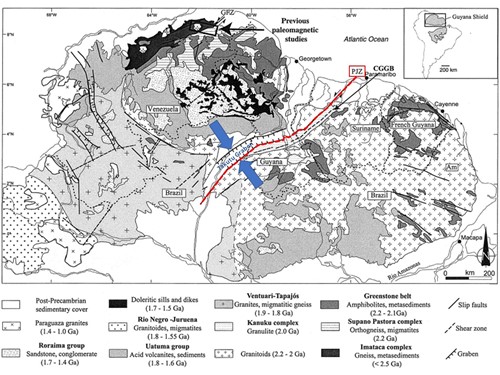