The Guyana-Suriname Basin is characterized by the presence of a world-class source rock of Upper Albian to Santonian. age, the Canje Formation. This source rock is the lateral equivalent of the La Luna shale in Venezuela and Naparima Hill in Trinidad. Oil from this source has been produced from the Tambaredjo, Calcutta and Tambaredjo Northwest oil-fields onshore Suriname. 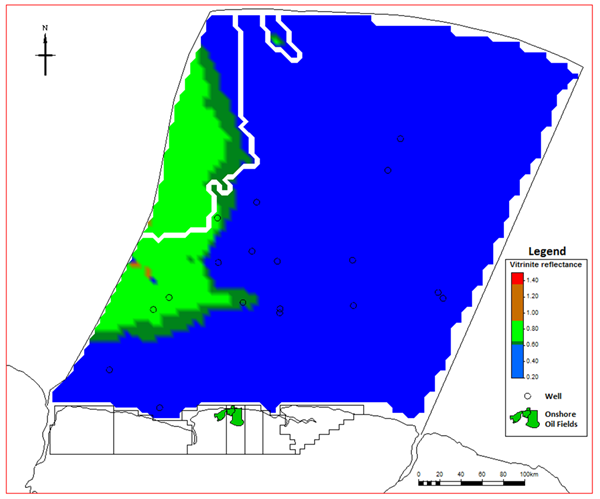 Analysis of crude oil in the Upper Cretaceous reservoirs onshore Suriname revealed the presence of a possible Mid Jurassic Source Rock. These oils were described as having been derived from an unknown source rock, probably strongly restricted lacustrine environment, of Jurassic or less likely Cretaceous age. All onshore Cretaceous oil impregnations and some Paleocene oils analyzed, fall in this category. It is believed that this oil was generated by source rocks within the Jurassic grabens and is likely to be part of an intra-grabenal petroleum system that has not yet been drilled.

In addition, offshore well A2-1, drilled on the Demerara Plateau in the Guyana-Suriname Basin, penetrated pre rift lower to middle Jurassic sediments and confirmed the presence of non-graben related Jurassic source rocks in the basin. The depositional environment is interpreted as continental to shallow marine, within which lacustrine sediments containing a lot of organic material were deposited. Subsequent subsidence of the sediments through the oil window initiated oil generation. This source rock is interpreted as type I and has TOC of 1-2%.

Similarly, the Takutu Graben of onshore Guyana, interpreted as a failed arm of the early Jurassic North Atlantic rifting, has proven source rock and a unique Petroleum System within the graben. 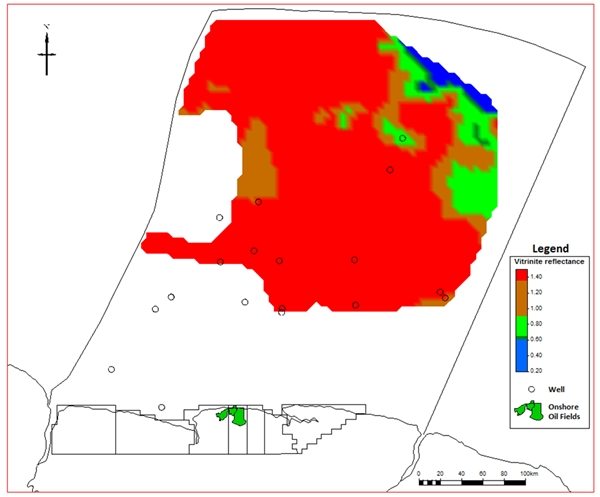